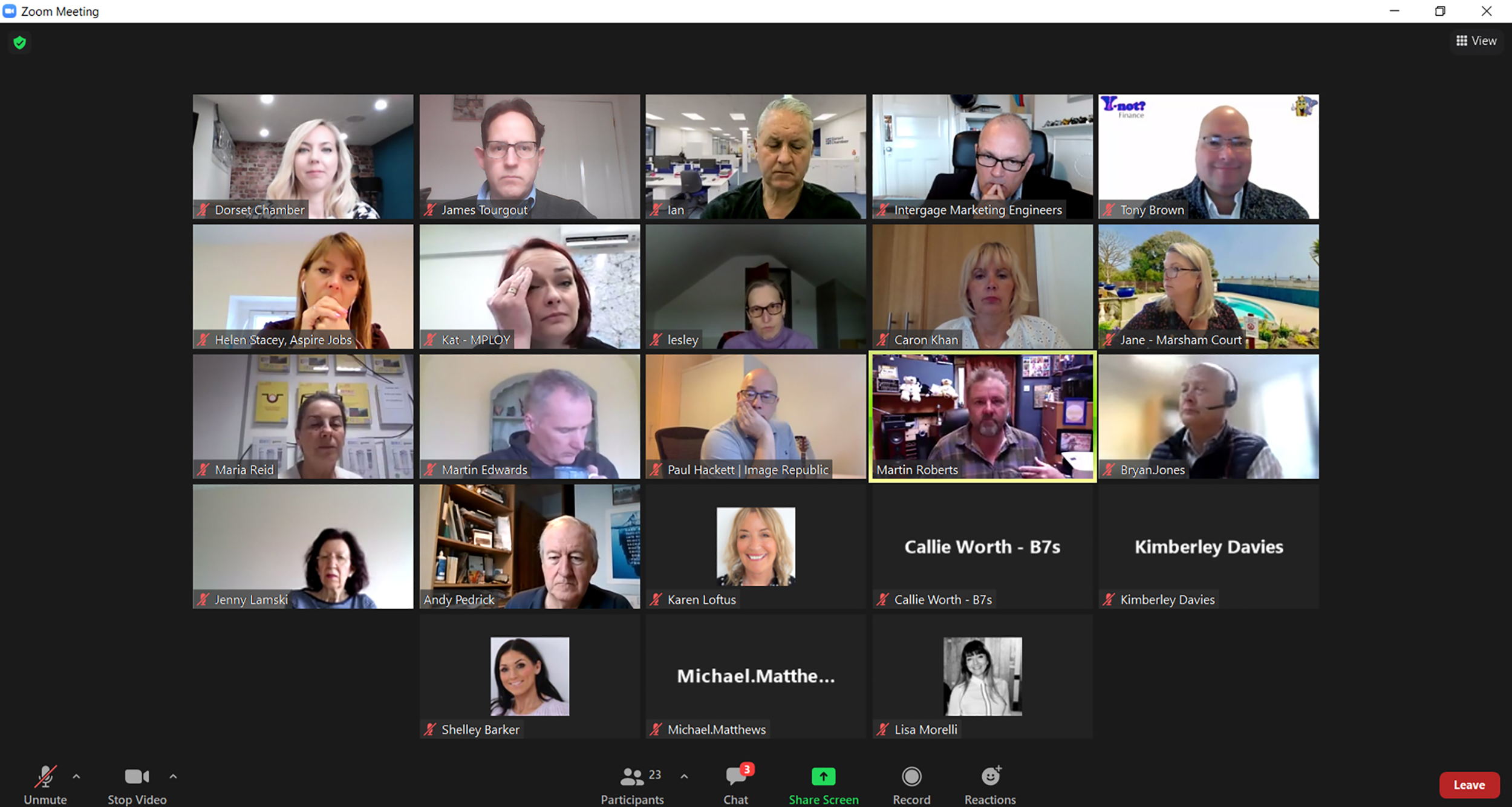 Posted at 15:44h in Dorset Chamber by Dorset Tech

TV personality Martin Roberts and Dorset businessman Paul Tansey told of ‘heartbreaking’ scenes on the Ukraine border at the opening of a charity auction for humanitarian aid.

The duo met at a refugee camp while on separate mercy missions delivering medicines, supplies and emergency relief.

Martin, star of TV’s Homes under the Hammer, and former chamber president Paul spoke at an emotionally charged opening of bids in the auction.

Chamber chief executive Ian Girling hopes to raise £10,000 from the fundraiser – which is open to members of the public and all businesses whether chamber members or not – for the Disasters Emergency Committee (DEC).

Ian said: “We have some great lots up for auction thanks to the generosity of so many individuals and businesses.

“The money raised will help save lives and relieve the suffering of people fleeing this horrific war.

“It is easy to feel powerless in such situations but this is a way of really making a difference. Paul and Martin’s moving first hand testimonies about the situation on the ground on the Poland-Ukraine border really hammered home just how desperate it is there.”

Bidding was opened virtually online. Lots have been listed with latest bid amounts and the opportunity to lodge a bid on the Dorset Chamber website.

Paul, who is chief executive of the Poole-based Intergage Group, travelled to the border to deliver two lorry loads of aid after linking up with the From Bournemouth to Ukraine charity.

Paul told of his experiences at the border with some ‘heroic’ volunteers helping refugees and risking their lives to drive aid into Ukraine as well as some horrific stories of children travelling alone to Poland and others dying overnight while queuing at the border.

He added: “You’re not the same guy when you come back after seeing those lives in bits.

“What we are doing at the Dorset Chamber really does matter and really will make a difference.”

Martin praised Dorset for its fundraising efforts, including the chamber and From Bournemouth to Ukraine.

He said: “It was heartbreaking at the border.

“I saw children exactly like my son and daughter who had lost absolutely everything. It just strikes you in the face.

“People are crossing the border not knowing anything about what is ahead of them and what the rest of their life holds.

“They arrive at the refugee centre and are wrapped in so much love and support, and that is where what we are doing makes so much difference.

“On one hand it will help save lives but also lets them know that the world hasn’t forgotten about them.”

Martin added: “This is a moment in history when we have to pull together.

“What the chamber is doing is absolutely amazing and will massively make a difference.”

The auction is open until Friday April 15. It is open to all individuals, businesses or organisations – whether chamber members or not.

Visit https://dorsetchamber.co.uk/supporting-ukraine/ to bid in the charity auction.

Promoting your business and raising your profile. #lovegillingham #ourtownyourbusiness
Become a member today